KYLE MERKLEY behind the world of music

If you want to know who's behind the music in TV shows, video games and movies, we found you the man who has all the answers!

We had just conquered a nearby taqueria and were waiting for “Kim’s Convenience” to wrap up their shoot so we could escape behind them into the vinyl walled haven of Bill Hicks Bar. The bright Christmas lights strung wildly around this little watering hole were foiled wholly by the hot July air, and the makeshift Tiki thatch roof over the bar provided sole abatement to the unseasonal festiveness, if not the stickiness.

As though constructed by a musically inclined carpenter, vinyl record covers line every square inch of wall, the roof plastered with the records themselves, offering a darker but more melodic take on a mud swirl ceiling. Kyle Merkley settles back with a beer and cruises us through the long string of throwback celebrities generally not associated with vinyl recordings. As we laugh our way down the wall, you can tell he is fully in his element here and can’t help but revel in the presence of this truly good-humoured, well-natured and fully bearded gentleman. But what’s even more interesting about Merkley and his beard? What he does for a living.

Growing up just outside Oshawa, Ontario, Merkley lived a life of music. Playing in bands and collaborating with musicians, Merkley was always an active participant in the music and entertainment industry, particularly in the Canadian music industry. Taking full responsibility for his own management, Merkley’s growing interest in the business led him to graduating top of his class in Music Business Management at Durham College. Throughout his musical endeavors, Merkley has performed shows, went on tour, appeared on Entertainment Tonight: Canada and MuchMusic’s disBAND, and has written and performed with top-24 Canadian Idol contestants. As Merkley continued to meet more industry professionals, his experiences culminated to a flashpoint - both figuratively and literally.

As he gained a growing familiarity on the subject of music supervision, Merkley realized his education, passion for music and love of film and television could be united within a single sector. Now, Director of Music & Technology at Arpix Media, Merkley has worked on some of the biggest TV and film productions in Canada including Murdoch Mysteries (CBC), Remedy (GLOBAL), Heartland (CBC), The Listener (CTV), and Flashpoint (CTV/CBS).

Essentially, Merkley’s role is to take the vision of producers and enhance it through music. He works with television, film, video games - anything that can require a soundtrack - and creates, through popular songs and original music, the audio story.

Merkley attributes this as the reason people are starting to say that music supervisors now have more power and influence over taste profiles and music trends than ever, even more so than record labels, and are fastly overtaking the divisions of artists and repertoire (A&R), which are responsible for talent scouting and oversight of the artistic development of recording artists and songwriters within a record label or music publishing company.

“The thing now, which is both the greatest thing about music and worst thing, depending on where you sit, is that there is more access to music than there has ever been...and having your voice, particularly if you’re a musician, or a manager of a musician, or you want to start a record label or publisher, is getting your music above the noise.”

His advice is to be open, creative and encourages everyone to make connections outside of their direct industry. While it may not be easy to rise “above the noise”, there are many ways to access support, share ideas and build your tribe.

“One thing that I always have to give a lot of props to is Canada. Our infrastructure offers a lot of different communities and groups and support that have events that people can attend and meet other like-minded individuals. And these are provincial organizations, as well as federal, and exist all throughout the country, and a lot of them communicate to each other...so there’s a lot of sharing of information and, beyond that, there’s a lot of resources they provide to artists that allow people to further communicate.”

Over the course of his career, Merkley has also had the opportunity to serve as a panelist and moderator on various music & film panels, including the Northern Ontario Music & Film Awards (NOMFA), Songwriters Association of Canada’s Date With A Demo, guest lectured at Durham College’s Music Business Management Program, and has received a 2011 Golden Reel Award Nomination for ‘Best Sound Editing: Short Form Music in Television’ for music editing on Flashpoint.

Q & A with our Founders 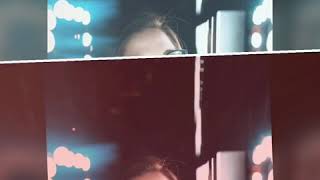 Portraits of the Galaxy Editing Contest

Now You Can Blog from Everywhere!

Come Join Us for SpringFFA Challenge